It’s a paradise of pintxos, a terrific place for tapas and it’s only ninety minutes from London. San Sebastian is still the food capital of europe.

It’s a blur of food

When Franco was in charge of Spain he tried to outlaw the Basque language. Ostensibly it was to crush dissent from the notoriously feisty Basque people, but it may also have been an attempt to safeguard the country’s stockpile of ‘x’s and ‘k’s. Every word in Basque is a tongue twister and a potential winning score at Scrabble. 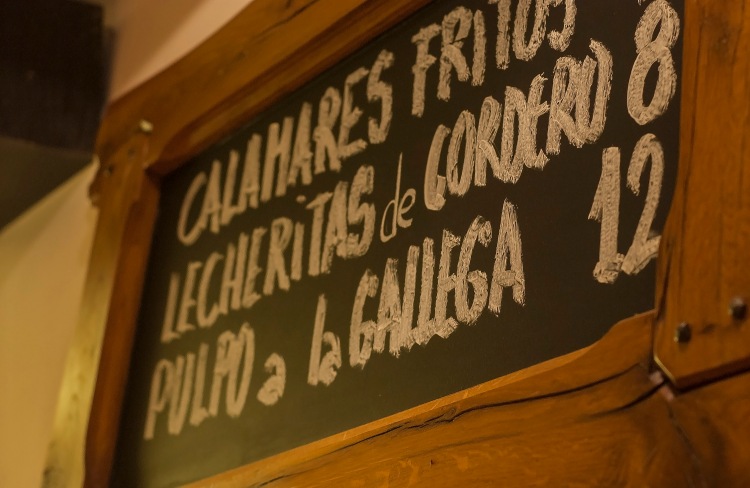 But you don’t need to speak Basque to get your fill of food in San Sebastian, but better call it Donostia if you wish to appease Basque sensibilities. It’s a pintxos paradise on the northern coast and the pretty old town is a grid of pedestrian lanes with each offering more places to grab a bite than you can possibly count. Every bar is piled high with pintxos, literally ‘on a spike’, of every description and you stand in the street with your head whirling like Lynda Blair in the Exorcist, riven by glorious indecision. 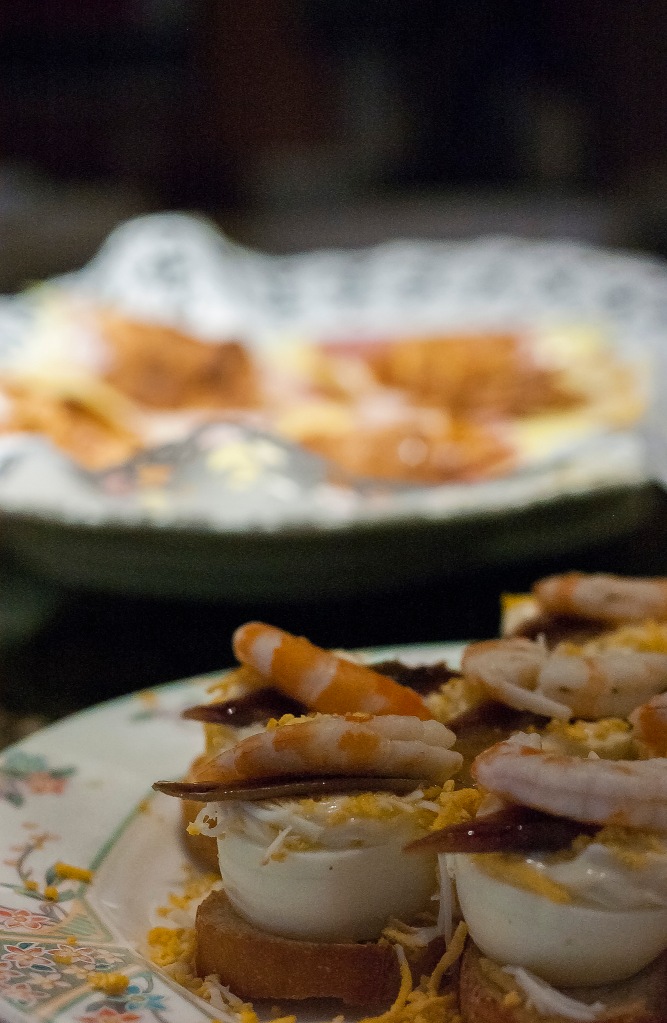 When going on a ‘poteo’, a bar crawl, it’s best to steer clear of the places where you can see tourists using great big plates to gather up pintxos as if at a wedding buffet. Many of those bar owners have seen an easy Euro on offer and their pintxos are now often sad slices of supermarket baguette topped with mayonnaise mixtures.

Not very nice and, if they’ve been under those hot lights for too long, probably not all that safe either. However you can usually trust the brocheta de gambas; prawns with sweet and sour garlic doused in a red and green pepper and onion vinaigrette, as these are always good almost anywhere you go.  And in the mornings a cafe con leche, along with a bocadillo stuffed with ham and thick wedges of creamy tortilla, is a sublime kick start to the day wherever you eat it.

Every time you pick up a pintxo keep mental track, or make sure the barman sees you, as they’ll be totting up your bill later. Order something hot, ‘pintxo caliente’, from the daily blackboards, as these are invariably the freshest and best things on offer and, if you can, get an expert to guide you around town. Each bar will have one or two specialities and the locals always know best. John Warren of San Sebastian Food is scathing about the bad places and leads me away down streets of stupefying concrete ugliness to tabernas that I normally wouldn’t glance at twice but which harbour delicious secrets.

Each delivers fantastic individual dishes that we quickly swallow, wash down with sparkling txakoli (pronounced “chac-o-lee”) wine poured theatrically from a height, before setting off again slightly heavier of tread each time. Bar Zabaleta over in the less-frequented Gros district serves a perfectly cooked tortilla of stunning natural yellowness (the eggs come from a family member’s hens) with a centre just ever so slightly wobblier than you may be.They also do chiperones; baby squid quickly griddled to give a charred exterior and doused in olive oil that demands lots of bread to mop up the juices

Another tucked away place, Restaurante Hidalgo 56 likes to be mildly experimental and our anchovies arrive under a dome which is removed to allow aromatic smoke to billow away. A dish of eggs heaving with in season cepes is equally delicious. Wherever we go everyone seems to know John, and the fact that he’s pushing a blue eyed baby in a pram makes him the hero of every female bar worker so that the food flows out even faster.

Back in the Parte Vieja, the old town, and back on my own, I peer into tabernas trying to judge the food by eye. A better indication of the quality to be found is the amount of discarded napkins on the floor; each one roughly indicates a pintxo happily consumed and in Ganbara the napkins are ankle deep. Here they specialise in wild mushrooms and in the autumn the profusion piled high on the bar is simply staggering.They like to show off their produce before it goes to the kitchen and, when the cepes are cooked and served with simply seared foie gras and bright yellow egg, the visual and taste effect is remarkable. Don’t miss their delicate spider mini crab tarts either, I snapped mine down in two delicious bites.

At Bar Zeruko they’ve eschewed the classics and got out the chemistry set, but if that kind of food is your thing, they do it very well. Smoking Lobster with rose water is very photogenic, but you may forget to take a picture being too obsessed with getting it to your mouth. Every dish is clever clever, and some rather go over the top, but Zeruko never offers anything boring.

And talking of being bored, if you should ever tire of tapas then don’t forget that close to San Sebastian is the world’s fourth best restaurant, Mugaritz, whose cooking is ‘Techno-emotional Spanish’. No I’ve no idea what that means either, but a multi course tasting menu there will certainly bring tears to your eyes and not just when you come to pay the bill. And there is also Arzak if your budget allows; Juan Mari Arzak with his daughter Elena Arzak Espina, are culinary gods in the region and the cooking is inventive and playful but still rooted in tradition.

Three days in San Sebastian is probably enough for most people, one can only eat so much after all,  and while the town is beautiful with golden beaches set in a classic bay, there is not a great deal to do there but eat. But hey, you wouldn’t be reading this if your idea of a city break was meandering around a museum now would you?

Vueling (vueling.com) flies daily from London to Bilbao. There are direct buses every hour between Bilbao airport and San Sebastián 7.45am-11.45pm from Bilbao, 5am-9pm from San Sebastián; further information at pesa.net.

One thought on “Pincho me, I’m dreaming”