Foodies talk a lot about balsamic vinegar and its amazingness, but in the South of France I find an artisan making something a drop more interesting and rare 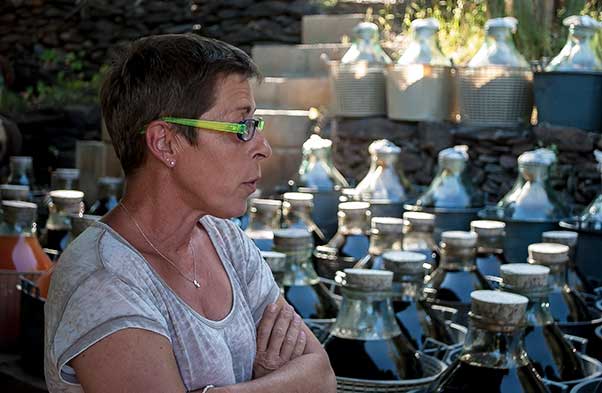 ‘You need good wine to make good vinegar,’ says Nathalie gazing watchfully over her militarily ranked wooden casks. The south of France sun is beating down on the covers that shade the casks from the full heat, her dog is flopped out on the road outside. It’s too hot to do much. Time moves slowly here.

The vinegar she makes at La Guinelle, above the hamlet of Cosprons, overlooking the bay of Paulille on the Mediterranean, is made slowly and uses only Banyuls sweet wine, an AOC fortified apéritif or dessert wine made from 50% and up to 75% Grenache grapes from local vineyards. 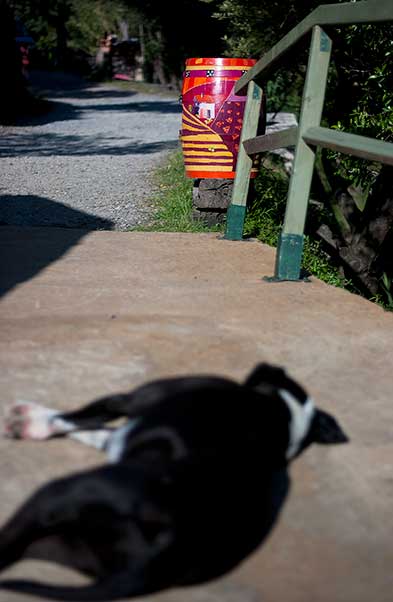 This in itself would all but guarantee a good result, but Nathalie chooses carefully to get the flavours she wants. She then uses an organic process of double fermentation, alcoholic and acetic, with the barrels open to the air and natural bacteria. Then follows ageing in oak barrels for between 4 to 8 months with further resting after that in glass demijohns in that shade. To put it into perspective an industrial vinegar might mature for only eight days before being sold. No wonder it’s just sharp and boring 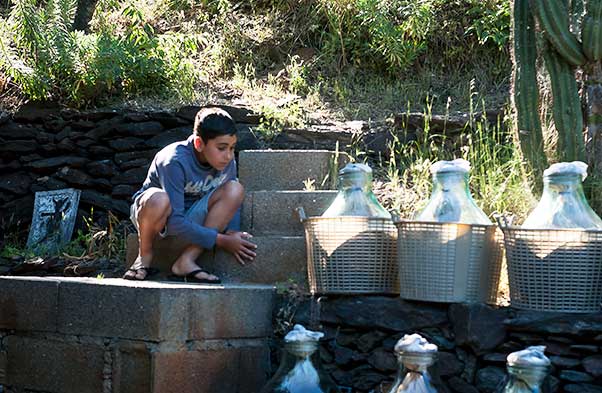 The vinaigerie is at the end of a long dusty, bouncy single lane with no housing and only a few simple, small wooden structures to be found when the track finally does peter out. There’s a kind of Bedouin open sided tent where the vinegars live, a small hut serves as an office and shop and another as a place to hand bottle the vinegar.

This is artisanal for sure but Nathalie is also making a highly respected product. Her vinegar is sought after by many top Michelin starred chefs in France and only around 10,000 bottles are produced a year.

‘I also have one chef buyer in England,’ says Nathalie, ‘have you heard of XXXX?’  She’s speaking French and while I understand her words, I simply can’t catch that name, so I nod and we carry on. 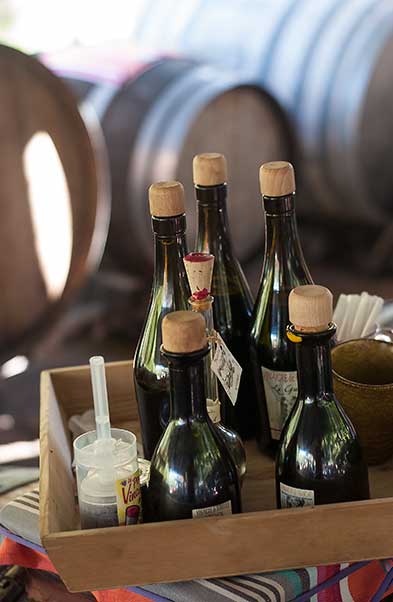 She shows me a one year aged red vinegar and I have a teeny taste. ‘Splash it onto just picked sliced tomatoes or some local oysters’, she recommends.

It has less than 6.5% acidity so it’s not viciously sharp and while I don’t care for fruited vinegars as a rule, these vinegars only contain wine and so I pick up raspberry aromas, along with hints of spice and vanilla, but it’s all about the original wine and nothing else. As she says, the end vinegar can only be as interesting as the wine it was created from and her vinegars are very interesting. 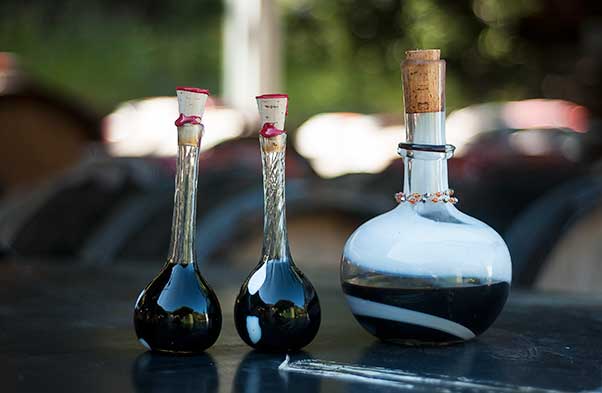 She mentions the UK chef again, I still don’t get it. She elaborates: ‘The restaurant is called ‘edon’ It is in West London?’  Ahhh, the centime drops, Hedone is the restaurant and the chef is Michelin-starred Mikael Jonsson so no wonder we struggled with pronunciation.  If he’s using this vinegar that has to be a good endorsement as his restaurant has received nothing but rave reviews.

Pearls of the Mediterranean 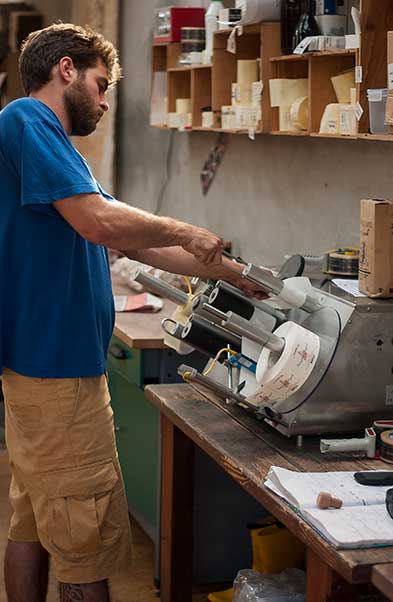 As well as various aged red vinegars, Nathalie also makes a white vinegar from 100% grey Grenache that has a lemony freshness, and she has recently branched out into more esoteric styles. She shows me a red vinegar that has undergone spherification, the El Bulli promoted method of turning liquid into tiny pearls that pop in the mouth. 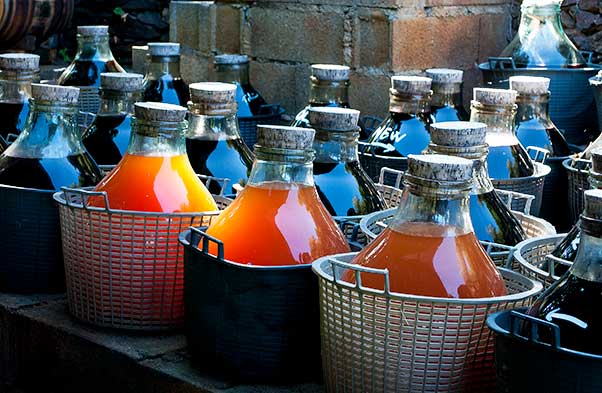 ‘Imagine that scattered over roast lamb!’ she enthuses, ‘or sprinkled into a salad’. She has also created a solid, almost rubbery vinegar block that can be grated finely onto dishes. Again something that can inspire creative chefs.

Well what could I do? I bought a bottle; apart from anything else it was just so damned cute to look at I just had to have it. Now back in England I am splashing it on sparingly but lovingly, just the way it was made.

Read about the local salt of the Sud de France and the delights of Sète and seafood.